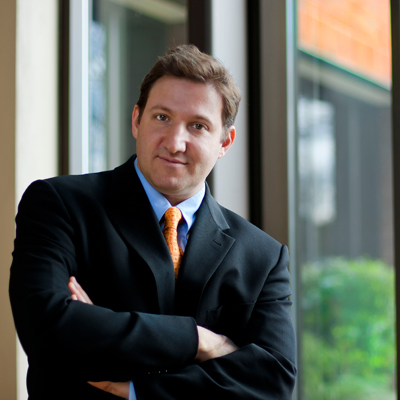 Jason has practiced personal injury law since 2000.  He is licensed in both Oregon (since 1998) and Washington (since 2000).  After graduating from the University of Oregon law school in Eugene, he worked in the Lane County Circuit Court for a year (1999).  He started Posner Law Firm LLC in July, 2007.

Jason grew up in New Hampshire and Massachusetts.  In August, 1995, at age 25, he arrived in Oregon to attend law school. He knew about Oregon’s mountains, the Oregon Trail, the Columbia River, and the Trail Blazers, but not much else.

Ill-prepared for one of the wettest winters on record, Jason was astounded by the beauty of Oregon’s springtime.  He fished and jogged around Eugene.  He took several trips to La Grande, Pendleton, central Oregon, and the Deschutes Forest.  He fell in love with Oregon’s natural splendor (in part, perhaps, because he also met his future wife during this time), and he decided to make Oregon his home.

Jason and his wife have two daughters attending Portland public schools.  They like to play soccer, shoot baskets, and ski the blue trails at Timberline.  They have season tickets to the Portland Thorns and wish they could make it out to the coast more often.  The girls refuse to eat his “franks and beans,” but acknowledge Jason makes a decent quesadilla.

Kenda is a Legal Assistant at Posner Law Firm, LLC.  She earned her A.A.S in Paralegal Studies from Portland Community College, where she was on the Dean’s list.  Kenda grew up in the Portland metro area.  Her experience includes many years of executive level support along with personal injury and premises liability litigation support.  Clients love Kenda’s energy and kindness.  In her off hours, Kenda enjoys spending time with her husband, Doug, and their family and friends.  Kenda enjoys the great outdoors and spends as much time as possible camping with her husband in their tent trailer.

"Jason was my law clerk when I was still active on the bench in Lane County.  His scholarship and attention to detail were outstanding. I much admired his compassion and friendliness towards staff and members of the public. I predicted Jason would be an outstanding lawyer and I am pleased that the prediction has come true. I have had the pleasure of referring friends in need to Jason, and he has done a great job. I am very proud of Jason and would highly recommend him to anyone seeking legal counsel."

- Lyle C. Velure, Senior Judge of the State of Oregon